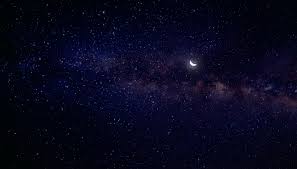 On the ring of the spaceship Endurance, three astronauts; Romilly, Brand, and Cooper; discuss an important decision that could decide the fate of humanity’s survival. Two candidate planets are displayed on the screens, but the spaceship only has enough fuel to visit one. Dr. Brand makes a strong case for the planet settled by Dr. Edmunds, who has stopped sending his confirmation signal but has recorded more promising measurements of his planet. On the other hand, Dr.Mann has been continually sending a confirmation signal, but the position of his planet is less likely for the possibility of life. The team comes to a vote when it is revealed that Dr.Brand has fallen in love with Dr. Edmunds.

“Yes. And that makes me want to follow my heart. But maybe we’ve spent too long trying to figure all this with theory,” Brand says.

“I am. So listen to me when I tell you that love isn’t something we invented - it’s observable, powerful. Why shouldn’t it mean something?” Brand responds.

“We love people who’ve died ...where’s the social utility in that? Maybe it means more - something we can’t understand, yet. Maybe it’s some evidence, some artifact of higher dimensions that we can’t consciously perceive. I’m drawn across the universe to someone I haven’t seen for a decade, who I know is probably dead. Love is the one thing we’re capable of perceiving that transcends dimensions of time and space. Maybe we should trust that, even if we can’t yet understand it.” finishes Brand. However, she is suspected of having a conflict of interest, and the spaceship heads for Mann’s planet.

Cooper saw love as just a social function of humanity, while Brand saw an intangible force that existed outside the boundaries of the physical universe. Once an arrogant scientist who believed only in scientific theories, Brand is humbled during the journey, letting go of her assumptions and embracing the metaphysical reality of love. It is love that has driven many to madness, made others hope for the impossible, and ignited passions that cause some to travel any distance and conquer overwhelming obstacles. While there are some attempts to explain love away as chemical reactions and such, sometimes we pause and consider if it really could be an ‘artifact of higher dimensions’. The same goes for the human mind. It has the power to create an alternate reality within itself - and while it is just a series of neurons firing off, it sets us apart from rocks and amoebas and gives us the ability to dream, make plans, or think of what could have been. It’s the most amazing thing in the universe - well, according to my brain.

Perceiving the human race beyond solely the mere scientific is imperative to society and a constructive lens we need for dealing with many of the problems in our world. Efforts to apply scientific theory to humanity have often gone horribly wrong, with eugenics as a prime example. As human beings, there is something in our proverbial heart that tells us to help the disabled, diseased, or disadvantaged, even though it will provide no apparent benefit to our evolution as a species. As the overquoted Uncle Ben from Spiderman once said, with great power comes great responsibility. Being Earth's dominant race of today,we should preserve the planet and protect vulnerable life forms from becoming extinct, rather than flex our opposable thumbs at disappearing frog species.

Earlier in the movie, Cooper sits inside the office of his son’s high school arguing with the administrators. They have decided that it is not worth the resources to send his son to college, due to his low test score. “We don’t need engineers,” they say. “We need farmers.”

“Educated farmers,” Cooper corrects. The former NASA pilot has found himself essentially cast out from society, with even his own children indoctrinated to believe space exploration never happened. He has become a farmer but is still keenly interested in technology, even chasing down an Indian Army drone.

“You’re telling me it takes two numbers to measure your [butt] but one to determine my son’s future?”

Disappointed, Cooper returns home to his corn farm. The world has been devastated by global warming and a viral blight, which has killed off all crop species except for corn. Most of society has given up on any scientific exploits and turned to just producing food to feed themselves. No one wants to learn anymore, and as a result, his wife has died from a tumor that could have been detected by an MRI scanner (which were seen as useless machines now).

The science of astronomy is both an awe-inspiring and cripplingly humbling experience. I’ve spent hours myself staring at the Pale Blue Dot and imagining the scale of the entire universe, pondering the insignificance of our tiny world and the lengths people go to control just a tiny fraction of that tiny blue dot for the blink of an eye among eons. However, if we don’t act soon to save our planet, we will soon just be “worrying about our place in the dirt” as our only home becomes inhabitable. Humanity as always prided itself in its ability to achieve the impossible, and at the end of the day, Cooper is able to save the human race - with science, but also good ol’ fashioned faith, hope, and love.

This brings me to my final point. As we race to uncover the mysteries of our universe, we’ve become arrogant, discarding these ‘traditional’ ideas like faith, hope and love as just ‘social functions’. Science is good for many things, but creating or analyzing culture is unfortunately not one of them. Our desire to learn about our natural world is an integral part of our humanity, but it will not replace our ability to tell stories, create art, and build communities.

There has been a growing antagonism between ‘God’ and ‘science’ as if the two are mutually exclusive. In my experiences trolling the Flat Earth community, I found that some saw a flat earth as a biblical guarantee, based on misquoted poetry from the Psalms. By lumping anti-science together with religion, they became inseparable from their close-minded views. We also see this today with some who believe God doesn’t want them to wear masks, or that God’s world wouldn’t have global warming. This can become rather dangerous.

Science has always been an attempt to decipher the language of our existence. Both Galileo and John Bellarmine believed that God had created the world. The reason why Bellarmine had Galileo’s work condemned by the church was because Bellarmine refused to accept any discoveries that conflicted with what he had thought was Biblical truth. But Galileo was right, and he knew it because he had scientific evidence to back it up. Today, scientists are split roughly into thirds: God exists, we can’t prove God doesn’t exist or I don’t know who God is, and there cannot be a God. In fact, a majority of Nobel prize winners profess faith. For some odd reason, physicists are least likely to believe in God, while chemists are most likely. However, unless you are God, the reality is that no one can prove 100% to everyone on Earth how we got here in the first place, because the answer simply lies outside the bounds of time and space.

We need to be humble and have intellectual conversations. For the science-minded, don’t assume you know everything. Appreciate the culture and try to understand the billions of people who are convinced that there is a supernatural entity who made us all. For those who do believe in someone up above, don’t assume you know everything. Listen to research and engage in scientific discourse, and appreciate the work others are doing to learn about the created world instead of taking certain figures of speech in holy text literally. (E.g., the word for days in Genesis could also refer to long periods of time, and besides, the sun wasn’t even formed until the 4th day. So the age of the earth is probably not 6000 years). God isn’t going to magically reverse climate change: he put you here to protect the planet, why destroy it? If God made humans who could innovate and create solutions to save themselves, why not have your kids vaccinated?

So with my genuine interest in discovering how humans came to be or what formed the Earth, I continue to believe in the power of our humanity - to hope, to love, and have faith - and our responsibility to protect our home. As Murphy Cooper said of the gravitational anomaly that was actually her father in a blackhole, “Science is about admitting what we don’t know.” I couldn’t put it better.

​Machine Learning/Data Science/ Computer Science enthusiast and project creator. SciBowl A-Teamer and SciOly captain who avidly pursues science from meteorology to chemistry to physics. Member of the US Earth Science Organization's national camp. Also a passionate volunteer and active member of the community. Interested in the great potential of fields like data and AI to do good, such as eliminating bias and misinterpretation in data collection and computer vision or combating climate change with smart systems. ​

Thoughts on Science and Our World

Thoughts - on science and our world